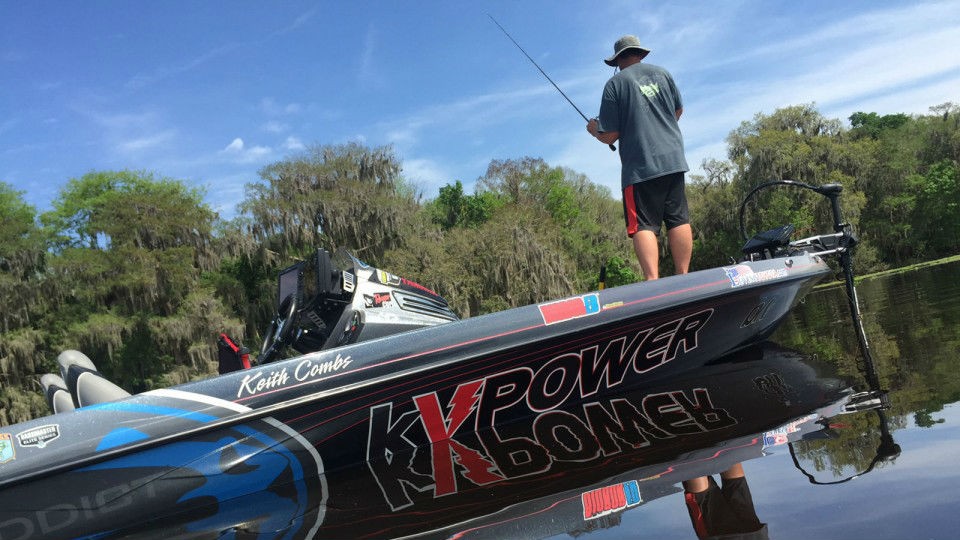 I’m particularly aware of that last one right now since I finished 14th at the St. Johns River, just 12 ounces out of 12th place. It might not sound like a very big deal, since it’s “only” a difference of a couple of points, but believe me, I want to fish on Sunday every time out. First of all, I’m a competitor and it pains me when others are competing and I’m not. Second, Sunday is when the TV cameras are rolling and I owe it to my sponsors to get them as much exposure as possible. Third, those two points may come back to haunt me at the end of the year if I miss out on some postseason awards by that margin. Finally, and perhaps most importantly, you can’t win unless you’re fishing on Sunday, and I go to every tournament aiming to win.

I’ve had a number of finishes just outside the 12 cut in Elite Series competition, and while they all sting, this one was a little bit different than most. It’s the first time I’ve come close to making it when I wasn’t on a very good bite. I only had one good day of practice, and after two days of competition I barely squeaked into Saturday’s Top 51 cut in 46th place. That had me 12 ounces above the 52nd place angler and a little less than 7 pounds out of the top 12.

I went out the third day hoping just to gain as many points as I could, not really thinking about making it to Sunday, but I had a 17 pound limit in the boat in the first hour. At that point I started crunching numbers in my head to see if I could make a serious move. Once I realized that the top 12 might be within reach my goals for the day changed completely.

I ended up with 19-14, and at the time that I weighed in that had me in 10th place. I knew that Brent Chapman was weighing in behind me and had a good bag, and I heard the rumors about Rick Clunn’s monster day, but I held out hope that I could squeak into the final spot in the top 12. I sat there watching the scoreboard for what seemed like an eternity. We all do it. Anyone who tells you that they don’t is probably lying.

Eventually two more anglers jumped me and I was left to go home with a decent start to the year, but no Sunday appearance. After being in 46th place the previous day, I was thankful for the opportunity to make the big jump. On the other hand, I only missed it by 12 ounces and that really hurt. I’d found a 3 pounder on a bed on the second day and in two separate visits I managed to hook her each time and then lost her. I ran out of time before she’d give me a third chance. It’s a long drive from Palatka back to Texas and I replayed that fish over and over and over again.

In 2015 I started the season with a 49th place finish at the Sabine, so this is an improvement upon that. Every year I go into the season hoping to be in position to challenge for the Angler of the Year award. There’s a lot of fishing left to go before that becomes an issue, but after missing some good chances at making a run for it in 2013 and 2014, I know that I can’t stumble at any point if I want to achieve that goal. I had a good Classic and a good tournament to start the regular season, so if I can just survive Winyah Bay it’s all familiar territory after that. I hope you see me on the water on at least a few Sundays.