My path to the Elite Series 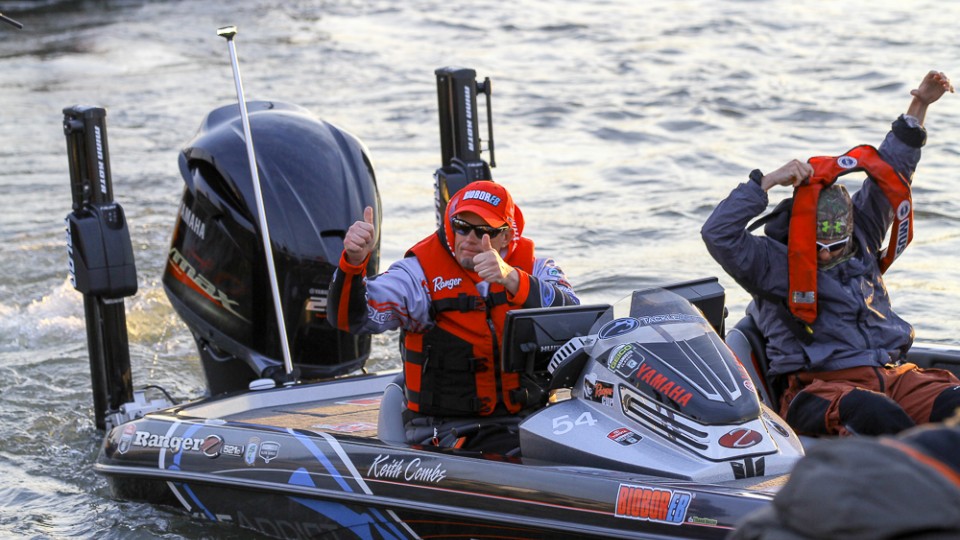 I’m sure that although many of you have some idea of who I am, you may not know how I became a professional angler or what drives me to succeed. I’m thankful to the editors at Bassmaster.com for giving me this chance to tell you a little bit about my life story.

I’ve lived my whole life in Texas, and I started fishing with my parents when I was in diapers. They didn’t know anything about professional bass fishing, and we pretty much tried to catch whatever would bite, but from an early age this sport was my passion. I was always trying to convince them to let me fish even more, and as early as 8 or 9 years old I’d cut deals with them to take me at least once a week.

A few years later one of our neighbors had a boat that he liked to take striper fishing, and once again I became a dealmaker, doing everything I could to convince him to take me fishing. Eventually he started to take me, and we had a blast catching stripers until one day we stumbled onto the largemouth bug. We were jigging 1-ounce spoons on bluff banks, and we ended up in the midst of a big school of largemouths. They were there the next night, too, and the night after that.

With our newfound confidence, we decided to enter a little Thursday night jackpot tournament. Looking back at it now, it’s kind of funny how green we were. I mean, we knew that the bass had to be at least 14 inches to keep, but we had no idea that their mouths had to be closed when you measured them. We were fortunate that we caught enough that were well over the legal minimum, and eventually we culled up to the winning weight.

I was 13 at the time, and from that moment on, I was completely eaten up with bass fishing, although I still had no idea that you could do it for a living. My neighbor and I started a bass club, and I won the angler of the year title at 13. Then we joined a bigger bass club and with some hard work and a few breaks I won the AOY there, too. That became my strategy – to attain success at one level and then use that as a springboard to move up the ladder. Despite the trophies I’d started to accumulate, I still didn’t have much of a clue about what I was doing. I just figured that if I could continue to win AOY titles, I could keep moving up.

We started to fish Anglers Choice team tournaments, and after three or four years, we were once again the AOYs. Then I moved on to FLW’s Texas Tournament Trail (TTT) and again won the AOY. I didn’t have much of a life outside of tournament fishing and at times it wasn’t easy, but I knew what I wanted to do.

I’m probably making this progression sound much easier than it was, and I sincerely hope that I don’t come off as cocky or arrogant. I worked hard to get to that point, and while I had a full-time job at a machine shop, I was making about a third of my income from tournament fishing. I always seemed to leap to the next level before I was completely ready, but I still didn’t have the confidence or the financial backing to jump to the tour level.

Despite my concerns, I desperately wanted to see if I could compete against the best of the best, so at 31 I gave my employer my two week notice and moved to Del Rio, Texas. Lake Amistad was the hottest lake in the country at the time, and I figured it would be the perfect laboratory to get my skills and my bank account where it needed to be.

The move wasn’t without some sacrifices. I rented out my house, put my fold-out couch in the back of my truck and headed south for a pretty bare-bones lifestyle. The only person I knew in town was Tim Reneau, who was starting Power Tackle Rods at the time. He allowed me temporarily to stay in a small condo he owned, and through his contacts with the guides in the area he got me a few guide clients. I’ll never forget his generosity. Without it, I wouldn’t have gotten to where I am today.

Eventually I built up enough money from guiding to rent a little place of my own, the best accommodations in Del Rio that $400 a month could pay for. I had a couch but no TV, and it remained that way for four years. It wasn’t that I couldn’t afford a TV – I just didn’t want to have any distractions from tournament fishing. If I wasn’t on the water, I was either working on tackle or studying for the next tournament. It was all that I wanted to do.

When I made the leap to the FLW Tour, I was fortunate to finish in the Top 10 a couple of times the first year. The next year I ended up 13th in the points race and made my first Toyota Texas Bass Classic. That was the biggest event I’d ever been to, with lots of my Bassmaster Elite Series heroes, and it lit a fire under me to qualify for the Elite Series. I signed up for the Bassmaster Opens, won the AOY title in the Centrals, and thereby qualified not only for the Elite Series but for my first Bassmaster Classic.

At that point, everything seemed to be lining up perfectly. Several of my longtime guide clients took a leap of faith and sponsored me. They weren’t in the fishing industry, didn’t have any skin in the game, but they wanted to be a part of my journey. They’re still with me to this day, and I’ll never forget their confidence in my abilities. I may be the face of the operation, but their support allows me to do my job.

When I got to the Elites, there were lots of lakes on the schedule that I didn’t know anything about. The only way that I could be competitive was to pre-fish every one of them and to spend a ton of time on the water. That’s still my rule – if it’s on the schedule, I’m going there to pre-practice. I don’t care if I have to drive to Sacramento to do it. I figured that’s what everyone would do, but it seems like only 30 to 40 percent of the field takes that same approach.

My bottom line is that I don’t want to get beaten because someone worked harder than me. While occasionally a young phenom comes along who has some immediate success without doing a lot of homework, in most cases that will eventually catch up to you. In this sport, you get out of it what you put into it.

I’ve always done it the hard way. That’s the only way I know how to do it.