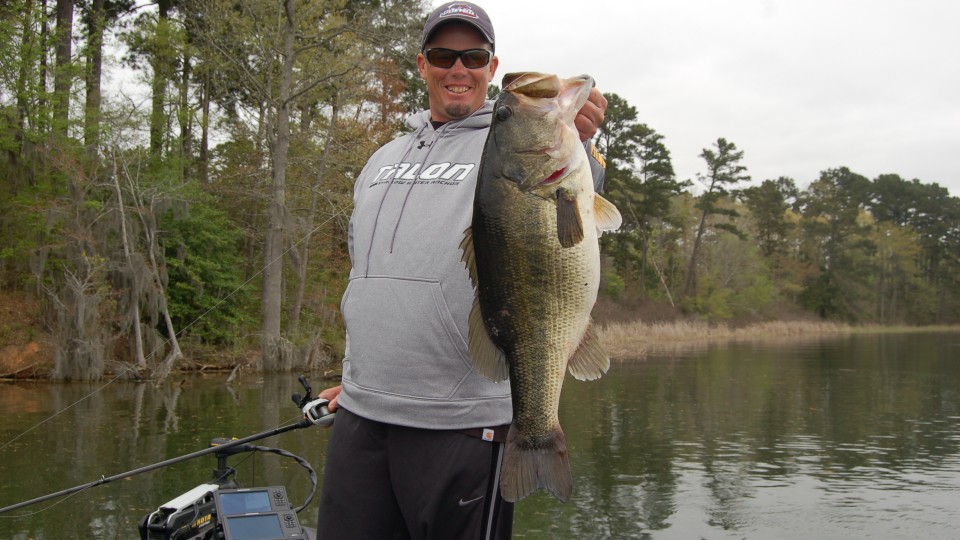 After 10 minutes on the water with Keith Combs, I knew how many Elite Series pros feel when they visit the Lone Star State.

Combs hadn’t cranked up the big motor yet, had only unstrapped the rods on one side of the deck, when he bowed up on a bug-eyed monster of a bass that he pegged at well over 10 pounds. We didn’t have a scale, so the Facebook haters may disagree, but when it comes to guesstimating the weights of double digit bass, I’m going to wager my last dollar on whatever Combs says, because the guy has caught a pile of them.

I’d ventured to Texas partially because I wanted to get a sore thumb from lipping big bass (preferably mine, not his), but also because I wanted to get a better sense of what makes Keith tick. I’d previously dubbed him “The Once and Future King of Texas” on the basis of his extraordinary finishes on Texas waters. Based on his track record, I don’t think that assessment was premature, but in some ways it assumed too much – I thought I knew what he could do, but hadn’t seen it firsthand. Fishing writers and fans do that all too often. We declare someone the “best flipper” or the “greatest deep cranker” or the “master of tidal water” without having seen more than a few television snippets of what makes that so.

I wanted to get to the bottom of why Keith Combs does so well in general, and in particular in Texas.

Of course, asking that question of Combs himself would’ve probably been a fruitless proposition. I’m sure he can make a more-than-educated guess as to why he’s enjoyed great success, but there’s an element that likely remains a mystery even to him. Why does he go down a ledge and catch 5-pounders while one of his competitors – using the same rod, reel, line and lure – catches only half as many 2-pounders? It’s the same question that Denny Brauer might’ve struggled to answer about his jig flipping, or KVD might’ve said during his ridiculous run of AOYs and Bassmaster Classic trophies about his all around game. “I just do what I do and they eat it.”

In that respect, it reminds me of what NBA Hall of Famer Moses Malone said to Sports Illustrated’s Frank DeFord when asked why he was such an effective rebounder:

“Basically, I just goes to the rack,” Malone answered.

To a skeptic like me, someone who knows that he could probably never be an Elite Series angler, but doesn’t quite know why, that doesn’t sit well. I wanted to know more. So after fishing with Combs, watching Combs and picking his brain for two full days and parts of two others, here are the four things I observed that I think make him exceptional:

HE’S GOOD AT THE THINGS YOU CAN SEE

Everyone on the Elite Series can cast well. They can pitch, then can flip, they can skip a jig into a 2 inch by 2 inch gap and send it skittering it into the next county. While they may have the best of the best when it comes to tackle, for the most part it’s nothing you and I can’t buy. As much as they try to convince you otherwise onstage, it’s not the motor, the boat, the line or the green pumpkin shimmy grub with 27 black flakes that they’re using that makes them good – it’s them.

Every angler out there can do everything well. Tommy Biffle, flipper extraordinaire, can beat you with a spinnerbait. Aaron Martens, the king of dropshotting, loves to flip mats, and he’s deadly at it.

Combs is no different. While he is probably best known for his offshore cranking skills, I was treated to a lesson in sight fishing that erased much of what I thought I knew and enhanced what was left. He could see things I couldn’t. He found beds I never would have found. Once I could discern the smallest sliver of white at the edge of the bed he’d spotted from twice the distance, I’d struggle to keep a bait there. Meanwhile, he could tell me exactly what the “ghost fish” was doing, and knew that I’d hooked up before I could feel the bite.

HE’S GOOD AT THE THINGS YOU CAN’T SEE

As I engaged in my decidedly amateurish attempts to catch the bed fish that he’d located, Combs proceeded to blind cast a soft plastic in the vicinity. Often he’d catch two or three fish while I tried to tempt the spawner. It was embarrassing – I’d been gift wrapped an easy one and meanwhile he’d dredge up a few that were every bit as big, with no effort whatsoever. He made it look easy, but when I tried the same thing I’d catch maybe half as many, despite it being a “do nothing” technique.

He likes to crank and he likes to sight fish, but Keith Combs is all about not force feeding the bass what he wants them to eat. As much as he likes to look, he also likes to listen. There’s a perception that pros who win on tour like the gamble. The too-often used phrase is “swing for the fences.” Combs said that the decision to chase checks or go for wins is a false dichotomy. He said that earlier in his career, on the few occasions when he tried to fish for checks, he ended up outside the cut, while when he fishes for wins and things go awry, he can almost always salvage a money finish. 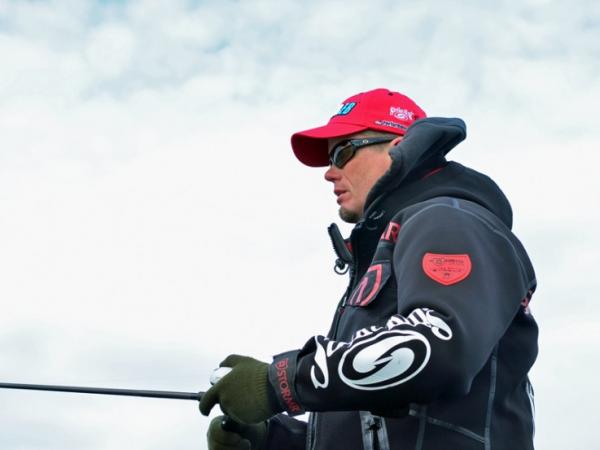 Look at his B.A.S.S. track record – 38 money finishes in 47 events – and it’s clear that consistency can exist hand-in-hand with slugging. Last year he missed two Elite checks (including BASSfest). In 2013, he missed one. If you’re always in the money, eventually things should break your way, and you don’t get there by doing one thing and one thing only.

HE REALLY LOVES TO FISH

This one might sound a little foolish. Don’t all of the Elites love to fish? Doesn’t everyone reading this column love to fish? Not as much as he does. Anyone can love the catching part of the exercise. It takes a true fanatic to love the hard labor part. He told me that when he was guiding on Falcon and Amistad, he’d often drop his clients off in the afternoon, then go right back out and spend hours just burning gas and graphing. It was a time when he was regularly catching 30 plus pound bags of fish and he was still looking for more places, building up a library of hundreds of waypoints that might not have been good on that particular day, but were perfect for some future situation that he expected to occur.

While I was in Texas, another friend mentioned a possible trip to Italy. “Do they have bass there?” was Keith’s first question. “If not, I don’t want to go.” He doesn’t understand his Elite counterparts who take time off in between events to “stay hungry.” We fished each of the four days I was there, and he would’ve been out there had I still been in Virginia. After I left, he was heading somewhere else to scout. There’s no downtime, no loss of intensity, and no getting out of rhythm with the way that fish behave.

Fresh off a money finish at the Sabine, one that more than half of his peers would’ve killed for, he was still mad that he hadn’t been able to go for the win. Heading into Day 2, he was in 42nd place, only 2 pounds, 10 ounces out of the Top 12, but also only a pound ahead of 53rd. He could go one way the next day and shoot for big fish, or the other and fish for more plentiful but smaller fish, but not both. He’d made up his mind to aim big, a slight risk. Ultimately, the longer fog delay and resulting shorter day prevented him from doing so, and it still smarted that he didn’t have the chance to aim bigger. At the same time, he salvaged a check, finishing 49th.

As we fished down the bank on a perfect spring Thursday, the lake uncluttered of boats, we passed by small fish, looking for big ones. “That one’s too small,” he’d say. “Let’s find ‘Big.’” It’s an attitude I’ve seen in VanDam and Brauer when I’ve shared a boat with them, the type of mentality that recognizes that what they have is good, but what they could have is so much better. That runs completely counter to the security-first space that most of us inhabit. Perhaps it can be taught or learned, but more and more I think it’s ingrained.

After thinking about this and writing all of this, I understand what pushed Keith Combs from the precipice of very, very good to great, but I still don’t understand how he got to that initial landing point. That’s the frustrating thing for weekend duffers like me. He’s like a running back who acts like he has eyes in the back of his head, avoiding tacklers he can’t possibly see, or a basketball player who seems to continue to rise as those who seek to defend his dunk start to fall. There is some extra gear there, something that pushes Keith Combs and the other 20 or 30 anglers in that uppermost echelon of the sport where insane talent meets incredible drive. We can try to figure it out all we want, and measure the things that are measurable, but ultimately I believe it is unknowable.