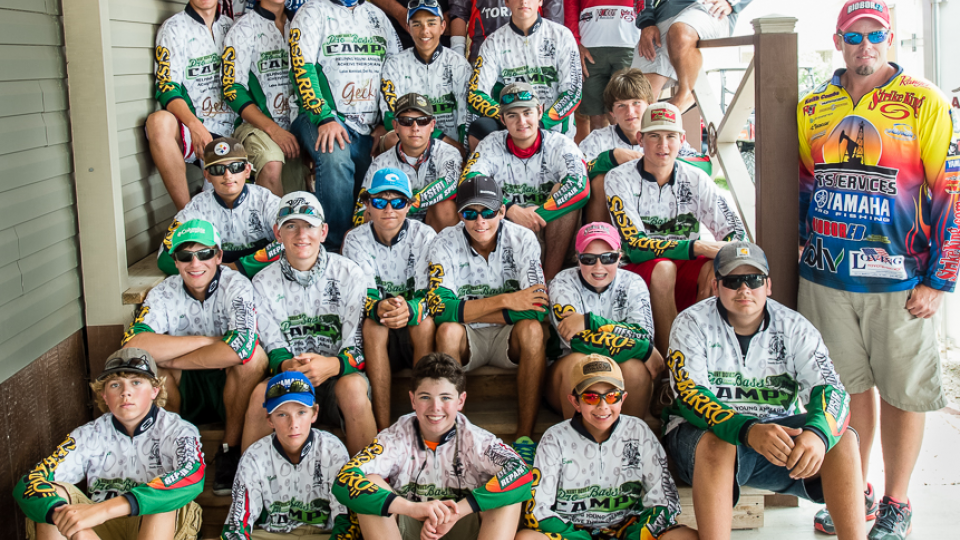 The camp is hosted by Dove, who is a Bassmaster Elite Series pro and a guide on Amistad. Campers learn about the sport and the business from some of the nation’s top anglers, and they even get to compete for college scholarships.

“I’m not sure we’ll ever exceed 20,”said Dove. “It’s four days of intense bass fishing activity from daylight to dark. We rely on that personal attention. We’re working to provide an avenue to lead kids from the youth level to the college level and beyond. We want to allow them to live their dreams in fishing no matter what those may be.”

Dove has also partnered with Chase Kemp and the Donald R. Kemp Youth Hunting Club, a 501(c)(3) organization based in Las Cruces, N.M., that seeks to introduce children to the outdoors and provide them with opportunities to explore their interests in fishing and hunting.

The camp is focused on kids who are consumed by every aspect of the sport of bass fishing. In addition to ensuring that each camper spends at least seven hours a day on the water with a pro, the off-the-water hours are filled with nonstop activities — all aimed at rounding out the kids’ understanding of the sport and the business.

“There are flipping and pitching contests, lure making and seminars,” Dove said. “We also give them lots of advice on the industry and about equipment.”

The week concludes with a tournament which awards the winner a $1,500 scholarship, a new rod and a trophy. The second- and third-place finishers earn $1,000 scholarships. All of the scholarships can be used at the college or university of the young angler’s choice. Julian Sosa-Carver, Charlie Baker and Parker Smith finished first through third, respectively, in 2014.

“This past year the dominant bite was shallow to mid-depth, with a square bill, a Texas rig and some topwater action,” Dove said. Those who applied what was taught by the pros throughout the week figured it out and did well in the tournament, but that’s not the only way achievement was measured.

“We try to recognize as many of the youth as possible,” Dove said, so awards for the biggest bass of the week as well as the most improved angler are offered with great fanfare. Mason McGill caught the big fish of the week (3 pounds, 12 ounces) on a square bill, Alex Rigg was named the camp’s Most Improved Angler, and Bowdi Armstrong took top honors in the flipping and pitching contest.

Regardless of his or her finish, each youth angler was awarded a tackle pack, filled with products from Ima, Optimum, Ten Bears Bait, Strike King, El Grande Lures, Rod Glove and C&E Outdoors of Las Cruces, N.M., among others.

While the campers uniformly left the shores of Lake Amistad invigorated and enlivened by their new knowledge, the instructors also found their love of the sport renewed by the young anglers’ enthusiasm, said Dove.

“This year’s camp will be held June 23-27, and we are going to include 20 participants again,” Dove added. “My desire is to continue elevating the camp by continuing to offer more for the youth anglers involved. After all, that is what this camp is all about.”

To learn more, watch the video below or visit www.probasscamp.com.